Class of 1991, Nicola Annunziata, little over thirty, as of January 2023, is the Executive Chef of the Ristorante I Portici, One-MICHELIN Star Italy since 2012.

One of the youngest starred chefs in Italy, Nicola was born in Sarno (SA), a city that gifted us great talents, such as Giuseppe Mancino, Michele De Blasio, Lorenzo Montoro, Alfonso Crescenzo.

He then docks at Latina, in the kitchens of the Vistamare Restaurant of the Fogliano Hotel as a Sous Chef, from 2015 to 2017 and eventually moves on to Rocco de Santis as Executive Chef, where he receives the sought after MICHELIN Star Italy at only 25 years of age. 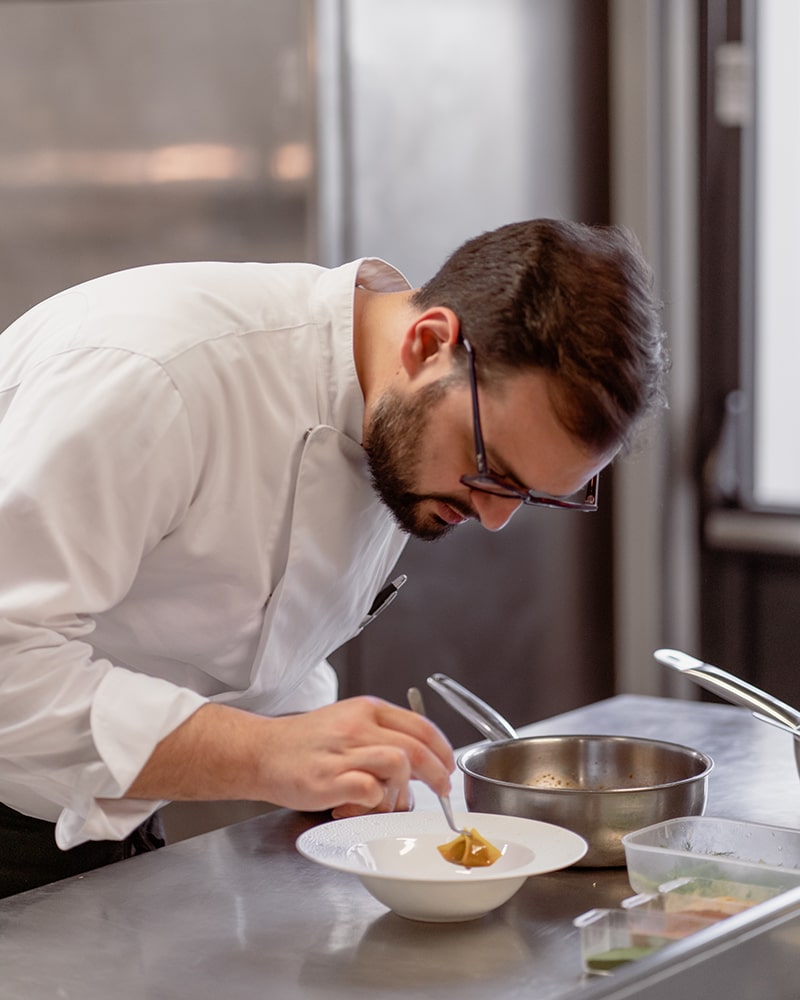 In 2020 he embarks on a new adventure taking on the lead of the restaurant Prietramare Natural Food, of Praia Art Resort at Isola di Capo Rizzuto, conquering one Star of the MICHELIN Guide Italy in 2022. Nicola develops an interest towards ethnobotany, focusing on local tradition and mixing it all with the regional cuisine of Campania, gaining the trust of major gastronomic guides.

His philosophy is to propose a cuisine that is highly curated, yet light, simple in its concept, using only little ingredients that are fresh, genuine and carefully selected, respecting the seasonality. He plans to carry out this vision with great passion and dedication throughout his journey at Ristorante I Portici of the I Portici Hotel 4*S in Bologna.

His new role will incorporate overseeing other outlets (Osteria Portici, Pizzeria Portici e Bottega Portici) and being at the forefront of some projects of the Portici Academy.