the taste of excellence

Inaugurated on October 22nd, 2008, I Portici Restaurant is a landmark in the Bolognese gastronomic scene. Great creativity and high quality raw materials, with an innovative look at traditional cuisine.

Inside the Eden Theater, an ancient café-chantant of 1899 restored to its former glory thanks to the recovery of the Liberty style frescoes, I Portici Restaurant is an exclusive location where you can enjoy a unique gastronomic experience. 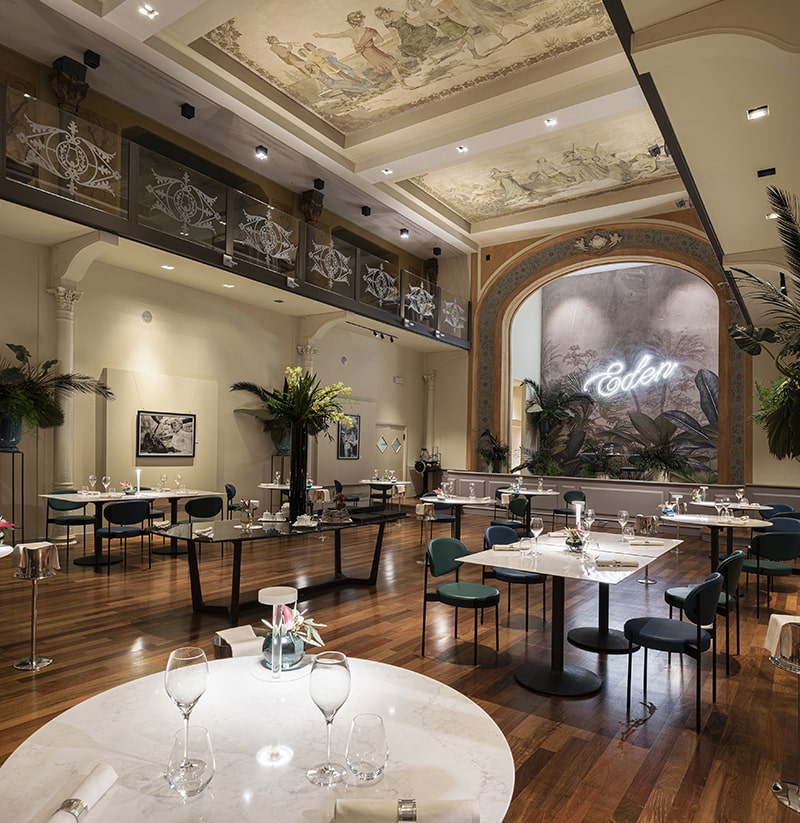 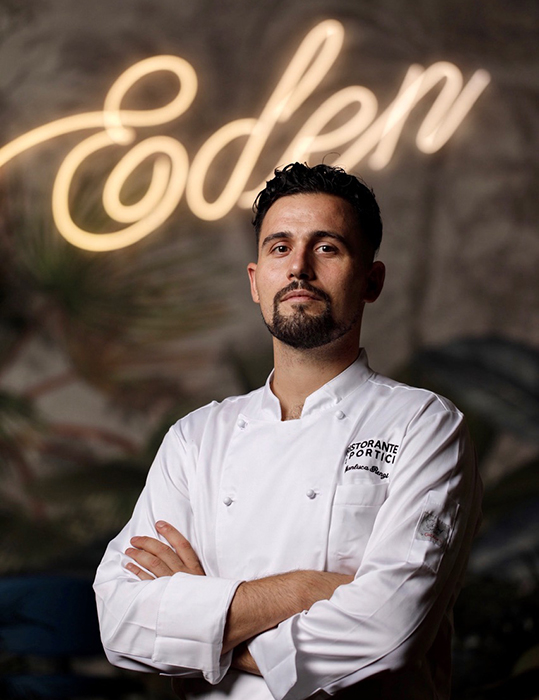 At only thirty one years of age, he is very motivated and ambitious; he spent ten years side by side with Chef Heinz Beck, in a long and intense training path of great educational value.

“Attractive, appealing and intriguing. It may seem like a description of Gianluca Renzi, the new Chef of Ristorante I Portici, but these are actually the traits that feature in each of his dishes.” (Vino e Cibo)

“The ambitious and creative thirty-one year old Gianluca Renzi has inaugurated the new season of the Michelin star Ristorante I Portici; with dishes such as deconstructed Panzanella and Amberjack and duck Ravioli and spheres of cocktail sauce on a bed of Scampi. (Italia a Tavola)

“The beauty of his youthful 31 years means he can mix precision and excitement in equally large doses. Creativity, accuracy, respect and grace, as if he were playing various games on multiple tables while encompassing everything into a strong basic concept. << Attractive, appealing, compelling and intriguing dishes, built around the principal ingredient>> Gianluca Renzi provides a glimpse of the future for Ristorante I Portici.” (Corriere di Bologna) 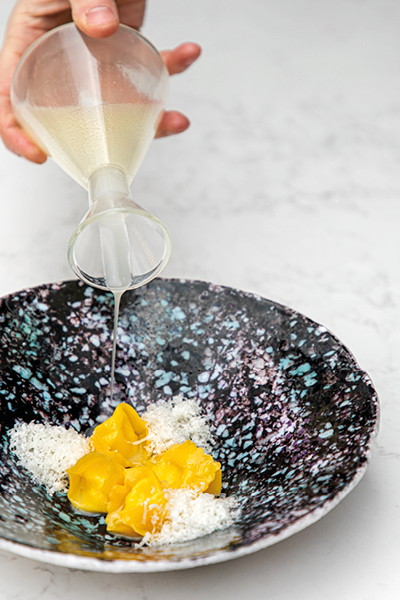 Gravatar is an image visualisation service provided by Automattic Inc. that allows this Website to incorporate content of this kind on its pages.

Google reCAPTCHA is a SPAM protection service provided by Google Ireland Limited.
The use of reCAPTCHA is subject to the Google privacy policy and terms of use.